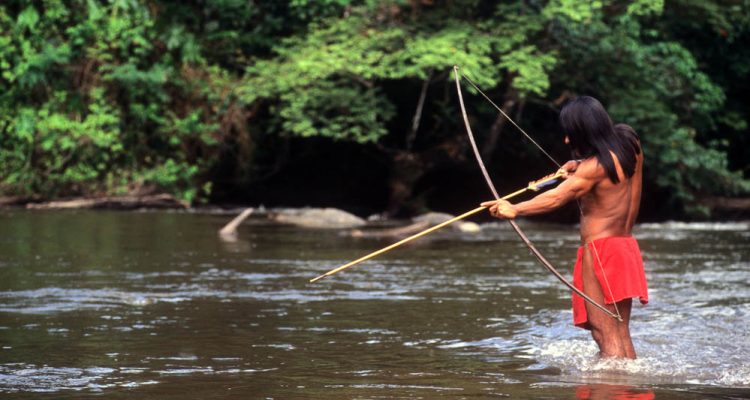 From the sky, the thick canopy of green foliage gives one the impression that the Amazon rainforest is a natural paradise with an endless supply of food. But like all things, the surface is often deceiving.

As American Anthropologist, Betty J. Meggers wrote in her 1971 Amazonia: Man and Culture in a Counterfeit Paradise, that apparent lushness is largely an illusion. For decades scientists have thought that the high acidity of the river basin soil made for incredibly poor growing conditions. The yellowish-tan soil barely holds nutrients—the jungle greenery just manages to suck what is available before the rain washes them away. When it comes to growing large amounts of food to sustain populations, this is a significant problem. This is why it was traditionally thought that the ancient tribes of Amazonia were forced to remain small.

That is, until the great-granddaughter of Theodore Roosevelt, American Anthropologist Anna Roosevelt claimed in 1991 that over 1,000 years, an estimated 100,000 people lived in the Brazilian Amazon at any given time. But how is it possible that such a dense population could survive given the ecological limits of agriculture? Her answer was simple—earth construction.

Anthropologists now believe that Amazon civilizations could have had as many as 100,000 people at any given time. These dense populations were supported using a “super-soil” that allowed humans to bio-design their own environment. 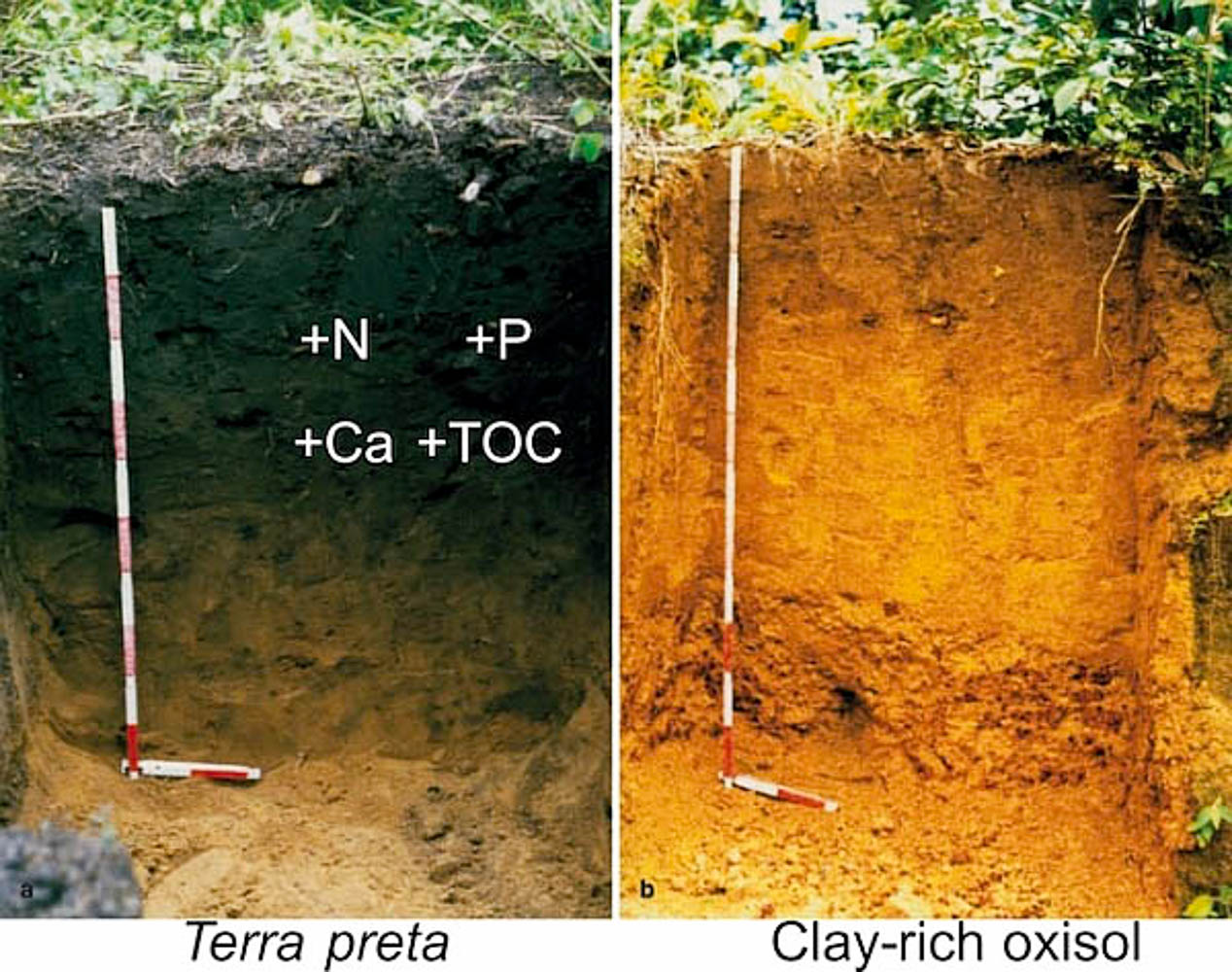 Terra Preta also known as “Dark Earth” is a rich, black, fertile soil that scientists are increasingly beginning to believe was designed by ancient Amazon civilizations as a way of making large-scale farming possible. The “super-soil” is a specific concoction of micro-organisms that regenerates itself over time. Micro-organisms absorb and retain nutrients that would have otherwise been washed away by the rain, trapping carbon that would have otherwise escaped into the atmosphere. By conservative estimates, Cornell University reports that the soil on a single patch of land can remain fertile without the use of chemical fertilizers for as long 40 years, and by other academic estimates as long as multiple centuries.

Anthropologist William Balée argues that at least 12% of the Amazon was directly or indirectly created by humans using “Dark Earth.”

Terra preta or “Dark Earth” has been found in patches as large as 300 acres around the river basin. While scientists are still trying to find out its recipe, they believe some of the ingredients used were charcoal, pottery, human excrement, dirt and other unknown waste.

William I. Woods, a soil geographer at Southern Illinois University says terra preta covers a surface area in the Amazon equivalent to the size of France.

Terra preta could be the answer to unsustainable slash and burn techniques currently used by farmers, the infertile soil that plagues parts of Africa and to reducing the effects of global warming and famine.

Amazon farmers currently use a slash and burn technique to keep business running. When soil fails, farmers burn their land to restore nutrients over a decade, while they move on and clearcut a new plot of land. The collective result is massive deforestation, biodiversity loss and the release of huge amounts of carbon into the atmosphere.

As Charles C. Mann wrote, in a piece that drastically changed the perception about native populations in the New World before contact, contrary to the popular isolated hunter-gatherer notions of natives, the New World was a highly advanced civilization that manipulated their environment on a large scale. He believed that humans were a keystone species—that is an animal that plays a crucial role in the functioning of an eco-system.

Charles C. Mann writes about terra preta, “Faced with an ecological problem, the Indians fixed it. The indians were in the process of terraforming the Amazon when Columbus showed up and ruined everything.” 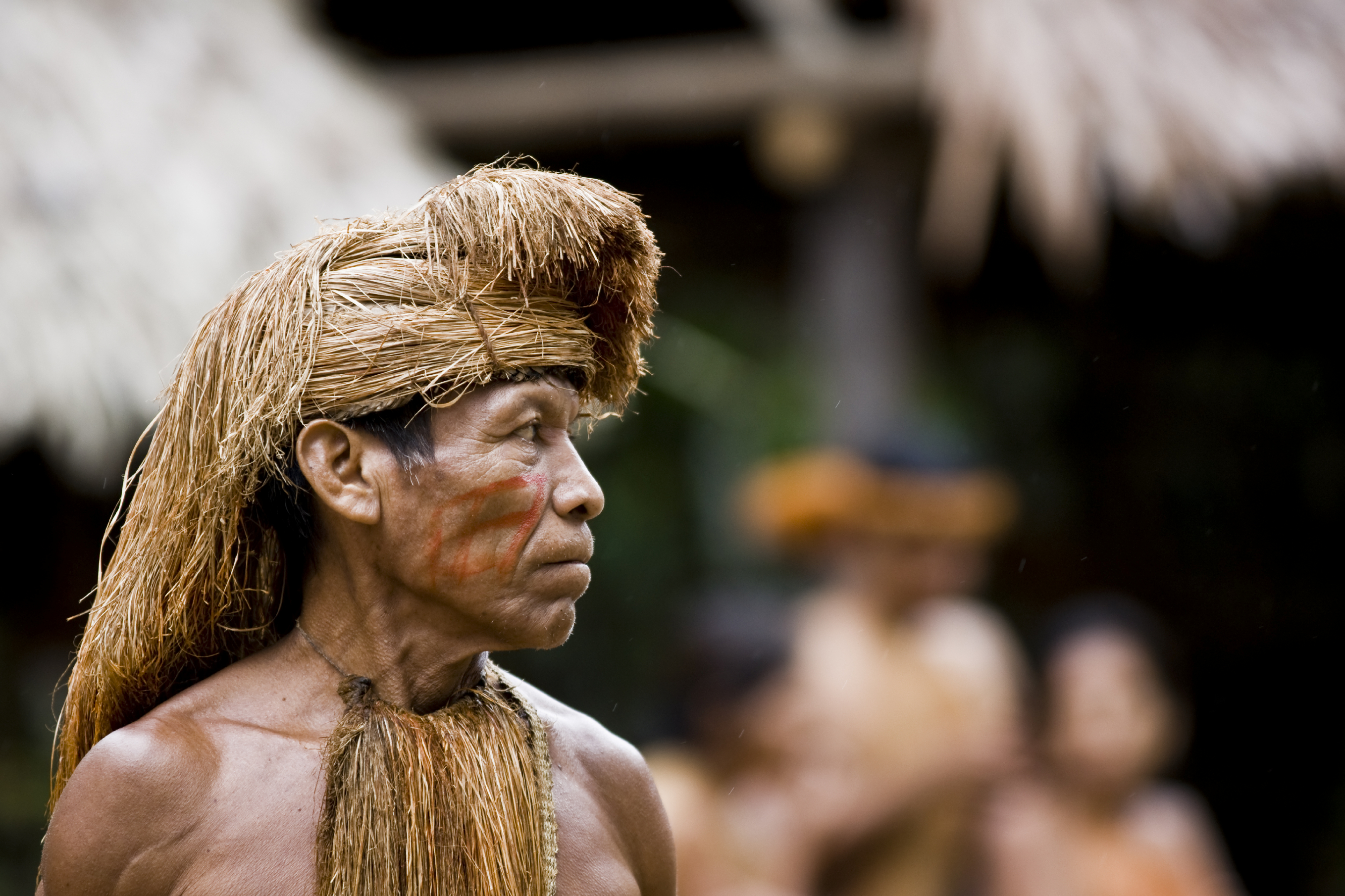